In the Automotive# industry thousands of individual components are designed, developed, prototyped, tested and tuned silmultaneously to be brought together as a finished car which has to meet exacting standards for safety, perfomance and reliability.

An incredible feat of engineering and project management which is made possible by the effective use of a rigorous stage gate process based on ISO9001 . Here the output of one stage has to meet pre-defined standards before the project is allowed to move to the next stage.

The key to continued success is the fine tuning of the process itself based on ‘lessons learned’ from previous projects.
chris@projectsguru.co.uk

Email is a great way to waste time and avoid responsibility. Think about it – how often do you use email to avoid doing something or push the responsibility to someone else ?  Take a look around the office – how many of those ‘busy’ individuals are just busy doing nothing ?

So here’s a challenge – for one day only forget about email. Answer every question you receive by email with a phone call. Even better – go and talk to the person face to face. You will probably be surprised how much this personal interaction improves your productivity – and if it works for one day why not try it more often.

Email is great for communicating complex data or visual imagery but is no substitute for a conversation.
chris@projectsguru.co.uk

Sir Alex Ferguson announced his retirement as Manager of Manchester United today, after 26 years in the job. No matter who you support there is no doubt that Sir Alex is the most successful club Manager ever. Here are some things he taught us:-

As Chairman Mao famously said “we live in interesting times”.

Millions of people live in daily dread of redundancy, working longer & longer hours to appease the boss in an effort to avoid the dreaded 90 days notice interview and ultimate dismissal. I know, I’ve been there once or twice myself and it sucks!

However, there is an alternative, and that redundancy payment can provide a great springboard to a new successful and rewarding career.

Any professional person with a skill to sell can start their own consultancy business but it does need a set of personal attributes which not everyone has:-

For more practical advice on starting your own consultancy look out for my next post.

Extracts from my future book ” Start your own Consultancy….now!”

Every Business needs a Business Plan.

It is commonly recognized that 4 out of 5 new start ups fail in the first 12 months and a key reason for this is a lack of a proper Business Plan. Your Business Plan is

not just used to gain financial support (although this is obviously a key reason) but to act as a “roadmap” for the Business by which progress can be measured and tracked.

If you are starting a new business a comprehensive Business Plan is essential. If you want help with your Business Planning get in touch for a free consultation.
chris@projectsguru.co.uk

Whatever type of Project you are Managing results will be improved by paying more attention to your people skills:-

These issues will be further explored in my forthcoming book – ‘The Projectsguru guide to effective Project Management’
chris@projectsguru.co.uk

Changing a company culture is not an easy thing to do & the blame culture which is endemic to many organizations needs to be eliminated for innovation to thrive. Here are some tips to eliminate the blame culture:-

2012 has been a pretty miserable year with freakish weather on both sides of the Atlantic, in the U.K  the highest rainfall since records began saw people washed out of house and home and businesses ruined. In the USA Hurricane Sandy battered the East Coast and several lives were lost, homes ruined & businesses destroyed.

As austerity measures bite, wages decline & the economy bumps along the bottom like a flat baloon.

So there are some of our wishes for 2013. Whether they come true is up to me and you. All the best.
chris@projectsguru.co.uk

This week has seen the completion of the Digital TV switchover in the UK.  Over a 5 year period the team has managed the successful

transfer from Analogue to Digital in all regions of the UK. This has involved:-

The Team achieved all this and more completing the changeover on time and within budget. It was also an excellent example of collaboration between public sector broadcasters, independent broadcasters, Ofcom, Government and other parties.

Particularly impressive were the adverts targeted at the public which were clear, concise and informative.

Congratulations to the Digital Switchover team for a job well done.
chris@projectsguru.co.uk 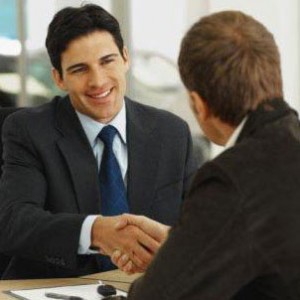 Back in 2006 Reflex Semiconductor was a medium sized electronics business with Sales Revenue around $200 million and a respectable Net Profit of around $5 million.

The company had several hundred customers and  a diverse and mixed product range.

Unsatisfied with performace the Board decided to appoint a new President of Marketing.

This guy was called Max Cutter (I kid you not) and he summed up his philosophy in his joining speech.

” Guys, I want to re-focus on our core business. 80% of our profits come from 20% of our customers but 80% of our efforts are in supplying the lowest contributing 20%”  (He was obviously familiar with the Pareto rule)

“I want to re-focus our business (hang on Max, how long have you been here) by eliminating the lowest earning 20% and refocussing our efforts on the highest grossing 20% and watch this business GROW!!!”

When the clapping and cheering had subsided Max set about his business. Gathering together a multifunctional team of career oriented individuals from all levels of the organization (well, engineer level up anyway)

Pursuing a mantra of ‘All Change is Good’ they set about trimming the companies customer database, removing anyone who contributed less than 0.5% of Total Sales.

This carried on  for several months.

The Quaterly results were due to be published when Max announced he was leaving the Company for a better position. Despite much persuassion and the offer of a 30% increase in salary Max left anyway. He did get a nice leaving present of  a Rolex watch presented by the CEO.

The Quaterly results indicated that Sales were down to $140 million (-30%) and Profit was now a loss of $1.2 million.

Naturally, a Consultant was brought in to assess the situation and, after one weeks analysis, She reported that NO ONE CUSTOMER REPRESENTED MORE THAN 0.7% OF SALES.

The companies customer base was so diverse and its product range so varied the Good Old Pareto Rule didn’t apply in this case and Max and the team had successfully exterminated 30% of a perfectly good business.

Max went on to get a job in investment banking and invented something called the “Credit Default Swap”….