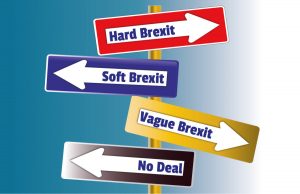 Getting the most out of your supplier is a key deliverable as a project manager.

Follow the above tips & you won’t go far wrong with Suppliers. 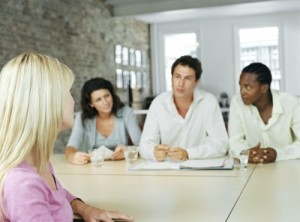 As Chairman Mao famously said “we live in interesting times”.

Millions of people live in daily dread of redundancy, working longer & longer hours to appease the boss in an effort to avoid the dreaded 90 days notice interview and ultimate dismissal. I know, I’ve been there once or twice myself and it sucks!

However, there is an alternative, and that redundancy payment can provide a great springboard to a new successful and rewarding career.

Any professional person with a skill to sell can start their own consultancy business but it does need a set of personal attributes which not everyone has:-

For more practical advice on starting your own consultancy look out for my next post.

Extracts from my future book ” Start your own Consultancy….now!”

Every Business needs a Business Plan.

It is commonly recognized that 4 out of 5 new start ups fail in the first 12 months and a key reason for this is a lack of a proper Business Plan. Your Business Plan is

not just used to gain financial support (although this is obviously a key reason) but to act as a “roadmap” for the Business by which progress can be measured and tracked.

If you are starting a new business a comprehensive Business Plan is essential. If you want help with your Business Planning get in touch for a free consultation.
chris@projectsguru.co.uk

As the horse-burger scandal sweeps the country people are turning away from mass produced convenience foods & the supermarket giants who sell them in droves.

Like the banks before them the manufacturers & distributors of this garbage will learn they neglect their ethics at their peril.

Trust is a fundamental part of business. Most people only allow themselves to be “ripped off” once and it is in the interest of all parties in a business arrangement to ensure that all participants get a piece of the cake.

In our daily business transactions we need to maintain an open & honest communication with all parts of our supply chain to ensure future business success.

The news today that Barclays CEO Bob Diamond has resigned has been greeted in many areas with unbridled euphoria. Those who blame “greedy bankers” for the current crisis are rubbing their hands in glee.

They may, however, be missing the point. All the talk about a culture of greed and lax morals is no more than politicians & moralist’s hot air.

If you put the kids in charge of the sweet shop then pull the blinds down and let them get on with it it’s not much of a surprise when you return much later all the sweets are gone & the shop is in disarray.

The current legislative framework is a result of persistent deregulation since the early 1980’s presided over by Labour & Tory and is the root cause of the Banking Crisis.

The system is broken & needs to be fixed.