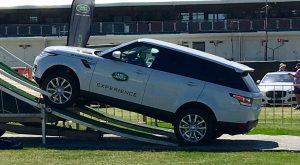 This week JLR hit the headlines as they announced plans to transfer production of their Discovery model from Solihull in the West Midlands to Slovakia.

This factory is nothing new – it was first announced to the press in 2016:-

JLR also has manufacturing facilities in Brazil, China & India. Like all global automotive players its manufacturing sites are scattered across the globe although before the Tata takeover they were all in the UK but that was before the Indian conglomerate invested $billions into the company & transformed it from a niche brand to one, although small on a Global  scale, has more than doubled its workforce in the UK to over 40,000 people as well as expanding the range of products enormously. Without this massive investment Jaguar Land Rover would not exist in its current form.

The move  does however highlight something which ardent Brexiteers seem to be unable to grasp. All these large global businesses have no overriding loyalty to any particular country & are in the business of generating revenue not pandering to some quaint notions of nationality, so they adapt their business to suit the geo-political conditions of the times.

One must ponder then what is the benefit of introducing additional barriers to making business easier. Additional bureaucracy & costs in the form of tariffs & customs charges when parts are arriving from all over the globe just doesn’t make business sense. If Britain leaves the customs union it will cause a massive headache for companies like JLR who import & export millions of components & parts every year. Longer term this will give them greater incentive to set up manufacturing sites inside the European Economic entity.

The harder Brexit gets the easier Exit gets.

All views expressed in this blog are the authors alone.