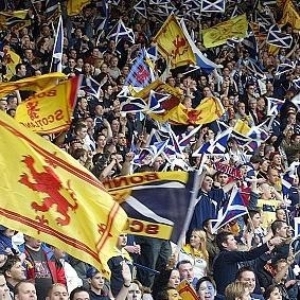 Libyans celebrate the return of Megrahi

As the row over the release of convicted Libyan Terrorist Abdel Baset al-Megrahi rumbles on oil giant B.P is preparing to commence drilling off the Libyan coast in waters slightly deeper than those which have been so grossly polluted in the Gulf of Mexico.

Fueling the controversy this weekend it was reported by the Financial Times that “Michel Williams told a U.S government investigator that an important alarm, which could have detected the build up of natural gas, was disarmed so as not to wake people up at night”

In 2007 B.P signed a $900 million deal with the Libyan government allowing it to begin exploration in Libyan waters.

Megrahi was released in August 2009 on compassionate grounds by the Scottish Government having being convicted in 2001 for the bombing of PAN AM flight 103 in 1988 and the murder of 270 people.

He was given only 3 months to live before release but has made a remarkable recovery since returning to Libya, it is rumoured that he has taken up Highland dancing with gusto and is often spotted out and about wearing a kilt.

Interestingly Megrahi abandoned an appeal which would have disclosed a lot of evidence to the public shortly before his release on compassionate grounds.

The debate about whether there is any connection between the release of Abdel Based al-Megrahi and the commercial deals struck between Libya, B.P and the U.K  Government will rumble on but……..