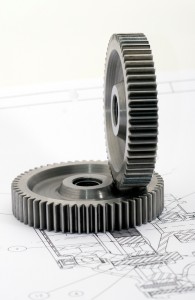 First of all please let me apologize for the use of the word “buggers” which some of you may find offensive but I just couldn’t think of another term (apart from an even more offensive B term) to describe those people who are just plain damn awkward.

You know the ones I’m talking about, they just won’t “play the game” or “go with the flow”, they have to disagree with everyone and cause a row about the slightest thing, in fact they “create a bloody mountain out of a mole hill” the awkward buggers.

And you know what, a lot of these people are Engineers. They are so damn clever they just won’t go along with what I want them to do without causing an almighty row about it.

They won’t sign the project through to the next stage because they’re not happy with some bloody thing.

They won’t put that product into volume production because they think we could improve some damn thing no-one even cares about.

And they want to keep improving the product performance even though it already meets the bloody customer spec !

So how should we deal with them ?

I’ve had a few ideas over the years, involving rat poison, sawing through brake pipes and accidents on the stairs.

But you know what I’m going to do now ?

Because I’ve come to realize some of those buggers are awkward for a good reason, and I want to know what it is