Despite claims to the contrary there is little doubt that the Automotive Industry has lagged behind major social trends in terms of energy efficiency, global climate change & emissions. 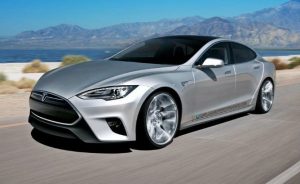 the industry did little to improve fuel efficiency until the oil crisis of the early 1970’s brought about the demise of gas guzzling V8’s & V12’s.

This has all been exacerbated by the Volkswagen emissions scandal although to be fair to the Automotive suppliers they have been reacting to social pressure to reduce carbon dioxide emissions (from petrol cars) backed by Government incentives to increase diesel motors at the expense of petrol. This has been promoted in the U.K & elsewhere by reducing Road Tax on Diesel cars & making petrol relatively expensive.

Governments seem to conveniently forget it takes 5-7 years to bring a new model to market from initial concept to volume sales.

Whereas most of the major manufacturers have invested heavily in electric & hybrid alternatives they face disruption from ‘new’ players in the market like Tesla. Indeed future competition will come from the Technology sector & not the traditional Automotive sector.

It has been estimated that up to 80% of new cars are bought via ‘cheap’ finance, readily available due to historically low global interest rates. This cannot last & already there is talk of a finance bubble ready to burst.

The Auto industry faces many challenges over the coming years & needs to be fleet of foot & responsive to customer needs if they are to survive the next decade when technology & social changes will only become more pronounced.