Recent statistics show that manufacturing in the UK is now as low as 11% of GDP and employment in manufacturing has fallen by a massive 9% since Sept 2008.

Staggering figures – so what’s the solution, if in fact one is needed.

So, how do we go about generating more manufacturing jobs. Do we introduce tariffs on Chinese goods ?  Impose extra duties on imports ? – we could do this but in the end we may do more damage to British business than good.

Many companies have survived by outsourcing activities to China, the Far East and elsewhere and whereas some would argue this has cost British jobs the counter argument is, that without outsourcing, these companies would have gone bust and cost even more jobs.

Capitalism is a dynamic competitive environment and, like its biological counterpart, the most able to adapt will survive.

Wherever a company or organization exists, in order to compete, survive and thrive it needs to Innovate.

It needs to develop new products and services and bring them to market.

In the current climate this is even more critical.

Innovation enables the most able to adapt to survive. 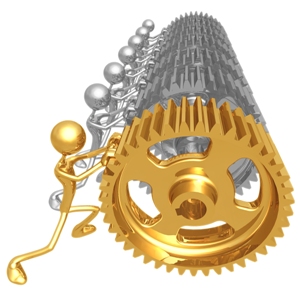 Friday’s News that Automotive component supplier Bosch is closing its plant in South Wales and moving manufacturing to Hungary was grim news for employees.

However, this action is actually bucking the latest trend.

A recent survey by manufacturing group EEF revealed that one in seven companies had moved manufacturing back to the U.K in the last 2 years.

Nearly seven in ten agreed that the U.K was now a competitive place for manufacturing.

The falling price of sterling, increased cost of freight, repeated quality concerns and time to market issues have combined to make the U.K increasingly attractive.

The biggest issue is in obtaining personnel with the knowledge and skills required to establish successful manufacturing lines.

In a press statement released today at 21.oo GMT Father Christmas  announced that, from today onwards, all toys will be manufactured by Chinese elves due to the increasing costs of employing elves at the North Pole. This has been exacerbated due to the effects of global warming and the shrinking ice cap making Real estate in the Northern Latitudes increasingly expensive.

Santa denied that product quality would be effected stating that toys will continue to be designed by Northern elves. Only the manufacturing operation itself is being subcontracted to China.

No member of the Chinese Goverment was available for comment and Santa catagorically stated “…this has absolutely nothing to do with the recent Copenhagen event & ,despite rumours to the contrary, I was not a participant”

The recent events in Dubai, where the state owned fund “Dubai World” announced it needed an additional 6 months to repay some of its outstanding debt, caused shockwaves around the World echoing the problems of Lehmans 12 months ago. The impact was felt on stock exchanges from Hong Kong to Wall Street.

These issues illustrate just one of the impacts of increasing globalization. Undoubtedly there are many, many benefits – the ability to Outsource manufacture to cheaper locations brings down the price of consumer goods. Products once deemed exotic are readily and cheaply available in our Supermarkets.  Clothing is cheaper than ever before. International communication has allowed relationships to develop over all of the continents breaking down cultural barriers and suspicions.

Sovereign Wealth Funds, controlled by State Oligarchs, have immense wealth and power at their disposal. Their decisions made in conference rooms in Beijing or Dubai can have devestating and massive impacts on jobs and prosperity in the U.K or elsewhere in the globe. These insitutions are not democratic in nature and are not answerable to any electorate.

How we in the “liberal” democratic World control and resist their impact remains one of our greatest challenges. 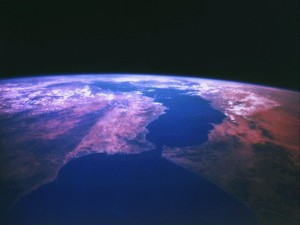 There is little doubt that outsourcing, when done correctly, can save money and inprove service but there are a number of things you need to be aware of when considering outsourcing:-

1) Product Quality – there are many in-house practices which are not documented which contribute to product quality. If  Product manufacture is outsourced these checks and balances will no longer be present and product quality will be adversely affected. It simply isn’t possible to document everything.

2) Hidden Cost – whereas unit cost will be cheaper (otherwise why do it) the overhead cost of managing and monitoring the Outsource supplier may be greater than anticipated, this needs to be closely monitored and managed.

3) Loss of I.P.R – It doesn’t matter what legal documents you sign some of your Intellectual property will be lost to the Outsource supplier and even end up in the hands of your competitors. You need to be aware of this.

4) Project Timescales –  Early Projects will suffer unplanned delays, this is an inevitable part of the learning curve.

5) Cultural Differences – these should not be underestimated and, if not clearly understood, will lead to confusion and misunderstanding.

Managing Ousource Projects requires experience and skill. You should seriously consider engaging an Outsourcing expert particularly in the early stages of the Project.