Thursday 18th September 2014 will go down in history as a momentous one for The United Kingdom & Scotland regardless of the result.

The fact that so many Scots have been completely dissillusioned with Westminster politics that they are willing to smash the Union & embark on a new journey as an Independent nation without even knowing what currency will be used is a terrible vindictment of how people have been alienated by successive Tory & Labour governments.

Perhaps the Palace of Westminster has been insulated from the real world for far too long.

No matter whether the Scots win or lose they will gain more power either by gaining full independence or from the consolation prize of ‘Devo Max’ – this will cause inevitable resentment in England where there are already calls for Regional Devolution, particularly in the long neglected North.

The 18th September will herald a new dawn in Scottish & UK politics.
chris@amberhill.biz 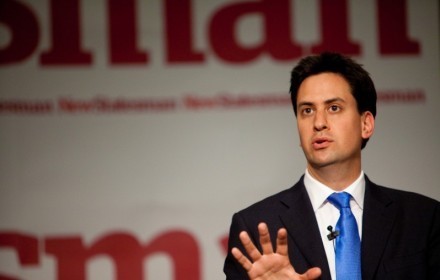 Now that Ed Miliband has being elected Leader of the Labour Party perhaps we should expect some real policies to revive the U.K manufacturing industry.  Ed has mentioned “broadening the industrial base” but there is precious little on the official Labour Party website to illustrate what this means.

The last Labour Government presided over the biggest decline in manufacturing industry EVER ! from 28% GDP in 1996 to a pathetic 10% in 2010.

Well, manufacturing is important for the following reasons:-

1) Jobs tend to be higher paid than those in administrative rolls.

2) Every job in manufacturing creates 10 others in the Supply Chain.

4) Making things generates a sense of self worth and pride.

If we seriously want to reduce the current account deficit and claw our way out of recession we need some real policies to revive the manufacturing sector based on new product development and innovation.

So Ed – tell us what you will do for manufacturing ?

The riots & violence in Greece are a possible foretaste of what is to come in the U.K as we stand on the brink of  the most important election for over 30 years.

Whoever wins we should not fool ourselves, we are in for a period of huge change with severe public spending restrictions which will affect millions of our citizens.

This is not the fault of any individual or even as a result of the actions of a bunch of investment bankers. Capitalism is cyclical in nature and some of us have seen it all before to one degree or another. Boom and bust is the nature of the game. We have been very fortunate to live through a period of sustained growth with low interest rates over the last 13 years.

However, inevitably, this created a huge bubble in the U.K & U.S housing markets which was built on highly leveraged debt.

It was inevitable that a crash would follow and now is the time to pay.

Let us hope that whoever wins the election apportions the pain equally & as fairly as possible and that we can avoid the tumult which is currently sweeping across Greece.

We certainly do live in interesting times.